I’ve been putting off carving pumpkins this year. It seems that after dinner and homework, there isn’t much time before bath time.

Carving pumpkins with the assistance of a toddler is an interesting task. Navy would only grab one seed at a time and kept insisting that he needed, “hewp,” because this was, “goss.”

Lily was pretty quick to clean out her pumpkin. She used the scraping tool from a pumpkin carving kit. 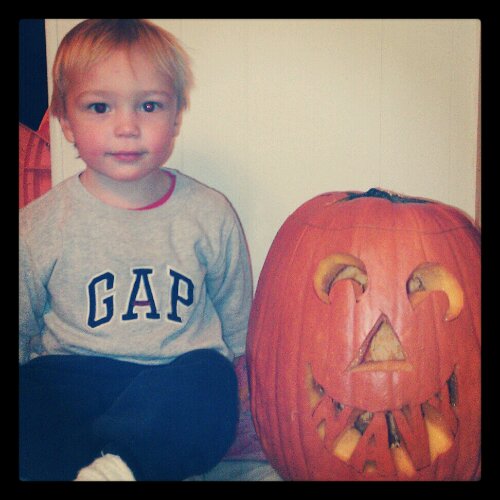 Navy was so happy when his pumpkin was finally done. I’m really shocked that I actually got a picture of him being still. 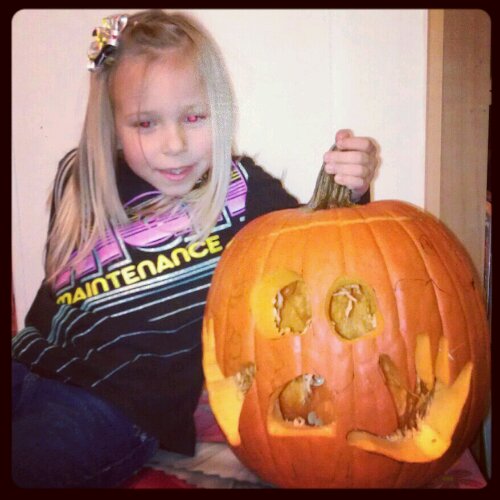 Lily wanted a skeleton, but even with the template, it did not work out. Back up plan, do the scary face template and use her hands. Next year, Henry will do the carving.

Navy just stood in front of his pumpkin for a while to admire it. He also made a couple of unsuccessful attempts to blow out the candle.

Lily’s hands turned out so cool! She wanted me to put it in her room so she could use it as a night light.