I so look forward to Girl Scout meetings, especially the Christmas party for the girls!

Someone didn’t want to purchase from the Treats ‘n Reads fundraiser, but they did make a donation to the troop. The girls made Thank You cards for the donor. 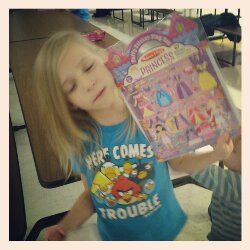 Lily received a sticker set and a candy cane!

Lily received a sticker set, then she realized that there was a candy cane in the bag. She loves candy canes, especially this time of year. 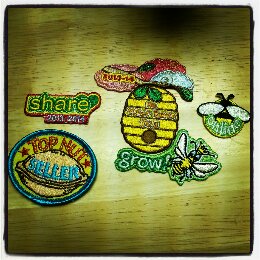 The girls also receives their incentives from the Treats ‘n Reads fundraiser.

Lily was the top nut seller!

A huge THANK YOU to everyone who supported Lily and her Girl Scout troop!

Season 9 📺 I’m so glad that Stephanie came to live with the Bunkers. The series finale was sweet, but makes me sad because I know it’s the start of the end for Edith (per Jean Stapleton’s request to leave the show, but still…)
May 💕 Dang! This month is already breezing by!
So proud! 💕 The Mayor’s Youth Advisory Council make a presentation to Citizens’ Academy. I am so incredibly proud of you, @crazykitty330!
The perfect date! 🤣 All you need is a light jacket!
I Survived: The American Revolution, 1776 📚 Some soldiers could be as young as 14, but younger boys (10-14) could be powder monkeys.
Season 8 📺 This was such a hard season to watch for Edith. My heart broke for her. I may have shed a few tears on the final episode of the season.
Before the pen 🖊 I haven’t posted a Happy Planner pic in a while. I have also been slacking in the planner dept and not remembering/accomplishing things. Here’s to a more productive and organized week!
Jackpot 🎰 I was tagged in this mega collection of @fiestadinnerware! I don’t do a lot on FB Marketplace, but I am so glad I did. I checked several pieces off of my wishlist. I was able to replace salad plates and soup bowls that had been broken. I also have some spares, just in case…
Love this fur ball 🐈‍⬛ I’m so grateful that Cookie’s foster mom allowed us to adopt her. She fit the kitten sized hole in my heart.